Katherine is giving her last Gap Year virtual talk of 2021 next Thursday November 18, 2021 at an event hosted by Newton Free Library, Newton, MA. Here is the link to register if you’re interested in joining:

For a preview of Katherine’s presentation, here is the edited transcript from the opening of her February 2021 talk for parents at Piedmont High School in Piedmont, CA.

Kids have one chance to be in college. When you step on campus, you want to be the best you can be. What do you need to do that? What skills will help you do that? I speak about Gap Years as well as mentor kids before and during their Gaps Years. Many teens are ready to move on from their parents, but they still need mentors.

I have 4 sons. Two of them have left the nest and one experienced a Gap Year. I also have a high school senior [now college freshman] and high school sophomore [now junior]. My oldest son got outside of his bubble from Belmont, MA by going to Spain during his junior year in high school. He took all his classes in Spanish, and had a great experience.

My second son took a typical Gap Year after graduating high school. He wasn’t motivated, and could have done better in high school. He decided to take a Gap Year and got a job 6-7 weeks at a resort, working in a restaurant, catering weddings, washing his own uniforms, getting up and having to be responsible on his own. When he returned home, he said “I didn’t realize college is such a privilege!” This was a lightbulb moment for him. Then he went on a program in Cuba, which he had studied in high school. When he came back, he felt ready to learn, he had a fire in his belly, and he says it’s the gift that keeps on giving. He learned so many life skills, and he was motivated to learn on a college campus. In addition, he lists it at the top of his resume, and he’s asked about it all the time.

Tonight we’ll cover the definition of a Gap Year, basic misconceptions, how to structure a Gap Year, and how it relates to college planning.

First, just what is a Gap Year? I define a Gap Year as “Intentional time off from traditional academic studies.” Any kid can take a gap year, and more than ever have taken it this year [the first academic year during COVID]. There’s no set time to have to go to college. There’s no penalty for waiting, and starting at age 18, or 19, or 20.

I like to call a Gap Year a “discovery year”, a “who the heck am I year?!” Many teens don’t know who they are, yet they go right off to college. Many just march straight from high school to college. And many aren’t ready for college. As a result, colleges love Gap Year kids. More parents and kids than ever are thinking about it.

I like to say seniors get into colleges and wear their college sweatshirts. But who is the kid under the t-shirt??

We hope to see you on November 18th where you will hear Katherine tell the rest of the Gap Year story! 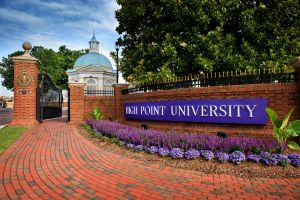